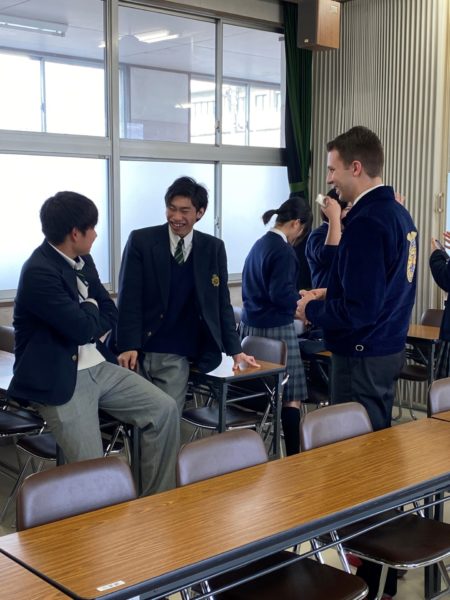 The National FFA Officer team spent the beginning of the year in Japan learning about agriculture and trade in that country and meeting Future Farmers of Japan members.

National FFA President Kolesen McCoy says a national FFA officer team has participated in the Japan trip for the past four decades.

“The real purpose of the Japan trip is to broaden our lens of agriculture on the international level and look at what trade looks like with countries in eastern Asia,” he says. “Additionally, it’s the time to interact with Future Farmers of Japan members- students who are very similar to our members and involved in agricultural education- and to encourage our growth in the area of diversity that our organization represents is to go and experience the culture of Japan.”

He says there was a theme of unity throughout the trip.

“Despite that we are very different in practice and operations, when it comes to agriculture on the international level, everyone has a common mission,” he says. “It’s certainly a reminder that agriculture is a global industry and it was wonderful to see that firsthand in Japan.”

The 2019-2020 National FFA Officer team was sworn in at the beginning of November. Since then, McCoy says they have been in training and team development.

In addition to the Japan trip, the team traveled to Washington DC to thank legislators for the modernized National FFA Federal Charter. The officer team also participated in “experience week” where they hosted workshops and met with members in Ohio before they begin traveling to the rest of the country. They visited Cincinnati, Toledo, Springfield, and FFA Camp Muskingum.