Phase one a reset on trade with China 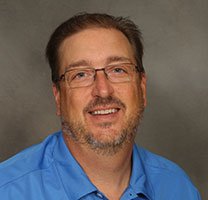 The CEO of the Minnesota Soybean Research and Promotion Council says the phase one deal essentially resets trade with China.

Tom Slunecka tells Brownfield the Chinese have stipulated under the agreement they will buy whenever market conditions are favorable.

He says that doesn’t bode well for certain U.S. commodities.

“Which isn’t going to help us a lot up in the Upper Midwest since we’re the last to get purchased anyway. So I think we’ve got to be very cautious as to what the results of this are going to be.”

But Slunecka says the fact that China has agreed to the terms of phase one means trade between the two countries should soon get back to levels seen prior to the trade war.

The post Phase one a reset on trade with China appeared first on Voice Of Muscatine.