Missourians are enthusiastic about hemp production 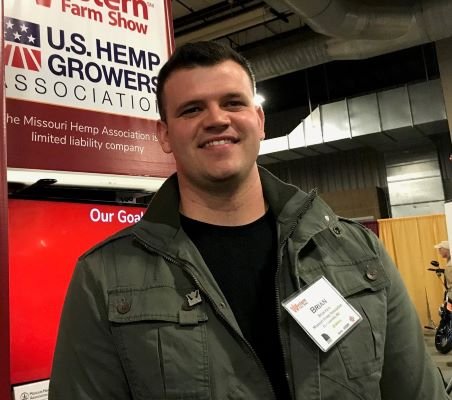 The excitement over hemp production may have subsided a bit in recent months, hurt by news about a large processor declaring bankruptcy and reports of crops being destroyed because of high THC levels.

But that hasn’t dampened Bill Cook’s enthusiasm for hemp production. Cook is the executive director of the Missouri Hemp Association.

“It’s probably the best revitalization of rural America that I’ve seen in my lifetime,” Cook says. “As you look at this thing in the next decade or two, I just can’t tell you how many places that hemp is going to be. So don’t give up on it. Learn about it, get your toe in the water and figure it out, because it is the future of agriculture here in the Midwest.”

Cook’s enthusiasm is shared by Brian Kurz, a hemp grower from Harrisonville, Missouri.

“What I see long term, as the infrastructure catches up for the grain and the fiber side, I see it competing with organic corn and organic soybeans as a cash crop,” Kurz says. “The uses of it are just about limitless.”

Kurz says he is going to plant 30 acres of organic hemp this year. He is also conducting research on hemp production in cooperation with the University of Missouri.

The post Missourians are enthusiastic about hemp production appeared first on Voice Of Muscatine.