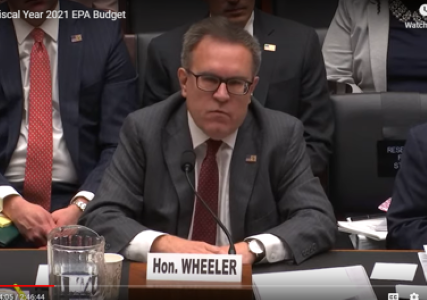 EPA Administrator Andrew Wheeler, testifying before a House Energy Subcommittee Thursday, said he could not confirm a recent report that EPA plans to reduce the number of small refinery exemptions (SREs) granted to oil refineries.

“We’re still in discussions with the Department of Justice, trying to analyze the Tenth Circuit opinion,” Wheeler said. “We have no announcements at this time.”

Wheeler was referring to the court ruling which said EPA overstepped its authority in granting three SREs for the 2016 compliance year.

“Can you confirm that the EPA will be applying this decision nationally and not just to the refineries under the Tenth Circuit’s jurisdiction,” Loebsack asked Wheeler.

Wheeler said EPA will announce its response to the court ruling “soon”.