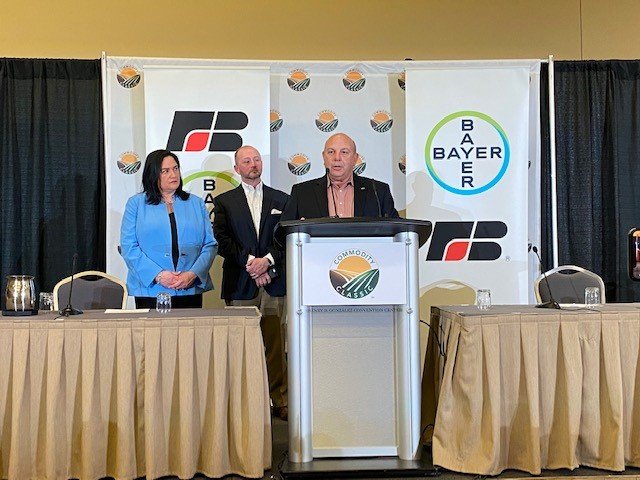 Bayer Crop Science is transitioning its Farm State of Mind mental health awareness campaign into the hands of the American Farm Bureau Federation to expand its reach and effectiveness. Brownfield’s Rhiannon Branch has more.

AFBF President Zippy Duvall says they will combine the Farm State of Mind Assets with those of its ongoing Rural Resiliency campaign in an effort to reduce stigma surrounding the topic of mental health and provide relevant information to farm families.

“We are a family. And we want to thank Bayer for putting their confidence in our great organization that we might take their program and ours and run them parallel so that we can help people that are experiencing unbelievable stress during this time.”

Duvall says especially after the recent passing of his wife, this is a topic he can connect to and takes very seriously.

“For the first two weeks I held all of that inside of me and I almost exploded. That stress is unbelievable, and it could compare to something that a farmer might be going through today. I urge them to talk about it. There is nothing shameful about it. We want them to have a relief valve.”

In a 2019 Farm Bureau survey, 48% of rural adults said they are personally experiencing more mental health challenges than they were a year ago. They survey also showed one in three farmers does not feel comfortable talk into friends or family about solution for a mental health condition.

Lisa Safarian, President of Bayer Crop Science for North America says their Farm State of Mind campaign has already reached millions of farmers across the country, but the issue is much bigger than one single company. She says Bayer believes AFBF is better positioned to help the campaign reach its full potential.

Duvall and Safarian made the announcement at Commodity Classic in San Antonio. The transition is expected to be complete by April 2020.