Perdue repeats, ‘don’t count on another MFP’, but some believe otherwise 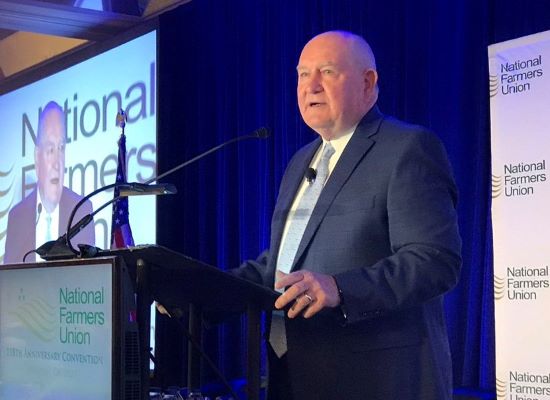 Ag Secretary Sonny Perdue, speaking this morning at the National Farmers Union annual meeting in Savannah, Georgia, repeated something he has said several times in recent days—that farmers should not expect another Market Facilitation Program in 2020.

“My answer is no—I don’t think you ought to expect a 2020 Market Facilitation Program,” Perdue said.

He says once China starts buying, prices should improve.

“I think by late spring or summer we will start seeing this movement here—and we believe the market will move.”

But Minnesota Farmers Union president Gary Wertish isn’t convinced. He thinks another round of MFP is likely.

“We know we’re going to get a market facilitation payment this year, because it’s an election year,” Wertish says. “We’ve got to be honest—it will come out. I don’t see prices recovering fast.”

Wertish says his biggest concern is what happens next year.

“It won’t be an election year. The market facilitation payments, my guess is this will be the last year. It will get us through another year, but then after that, we’re still trying to recover on prices.”

The post Perdue repeats, ‘don’t count on another MFP’, but some believe otherwise appeared first on Voice Of Muscatine.