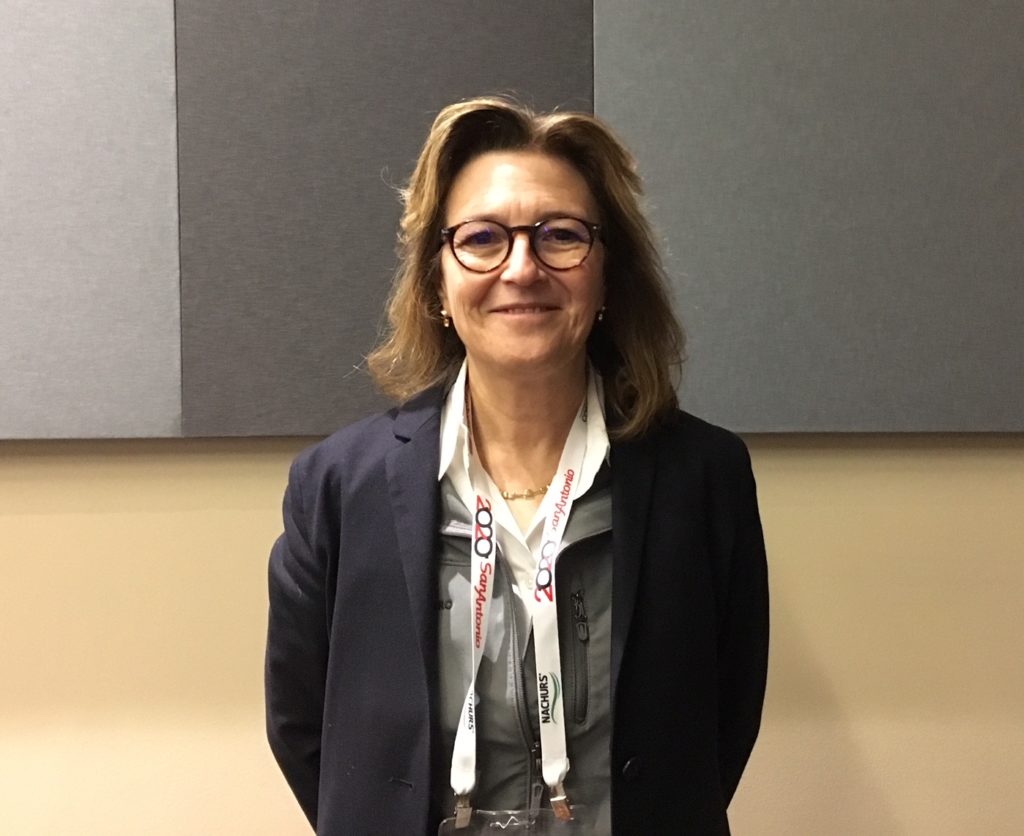 Nadia Gagliardini, owner/president of SipCam Oxon (Sipcam Agro in the United States) attended her first Commodity Classic in San Antonio.  She told Brownfield this event is a crossing point between farmers and technologies and the best part of Classic for her was the opportunity to talk with farmers.

Gagliardini told Brownfield the most importance role of SipCam is supporting agriculture and farmers.

“For me, talking to farmers, learning what they are living, what they are doing, what are their problems is one of the most enriching parts of my business.  It helps me figure out what to do.”

As for what she found most interesting, Gagliardini said everything was interesting, but what she is most curious about is the impact of digital in the farming business.  After coming to Commodity Classic, she told Brownfield that she discovered maybe it isn’t as important as she previously believed.

“I believe that digital machinery should be a service to the people; not the people serving the machinery – the Artificial Intelligence.”

Human influence, she believes, will not become obsolete in agriculture in the next few decades.

Gagliardini, who is the third-generation owner/president of the company, founded by her grandfather in 1946, tells Brownfield Sipcam Oxon’s approach is to adopt to every market’s unique conditions, needs, and most importantly – it’s people.

“We tend to have local management.  Our company philosophy is we have to adopt to the market conditions and we have to be able to serve each market’s specific need.”

Nadia Gagliardini has great love and admiration for farmers.  She tells Brownfield that farming is more than just a livelihood.

“Farming is feeding the world.  It’s something so important, so huge, and so emotional. It’s not only a product.  Food is about happy family, being alive, being health.  Producing food is the most important thing – it’s the basis of life.”

Sipcam Agro is an independent company that supplies solutions for farmers. Gagliardini tells Brownfield her company is an alternative to the big multi-national companies. SipCam provides herbicides, fungicides, and unique value-added products for plant protection to help farmer profitability.

SipCam Agro sponsored a panel discussion “Beyond the Paperwork:  Navigating the Emotional Stress of Succession Planning” at the 2020 Commodity Classic in San Antonio, Texas.   View on Brownfield TV on the brownfieldagnews.com home page.