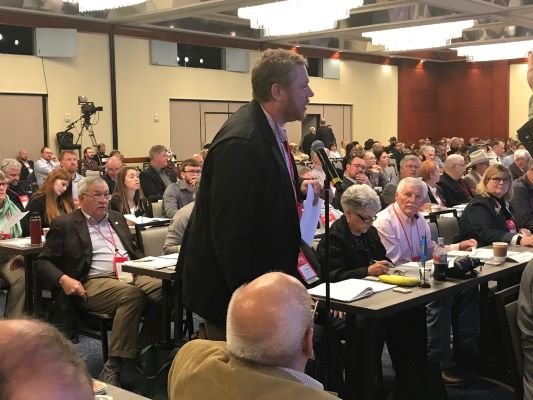 National Farmers Union delegates, at their annual meeting in Savannah, Georgia, are discussing a new supply management plan for the dairy industry.

The proposal is being brought forth by Wisconsin Farmers Union. Wisconsin president Darin Von Ruden says they prefer to call it “growth management”. Under the plan, a dairy farm would be “charged” if it wants to grow above what is needed to meet demand.

“So let’s say a particular farm wants to grow 50 percent next year—and we only need a two percent growth from every farm,” Von Ruden says. “That farm could do that growth, but they’re going to pay for that expansion.”

Von Ruden says the charge—or penalty—has yet to be determined.

“What’s the number? Is it two dollars a hundredweight? Is it three dollars, is it six dollars? That’s going to be all in those details that will have to be worked out once we get some legislation working forward on this process,” he says.

Von Ruden says their goal is to have a supply management plan in the next farm bill.