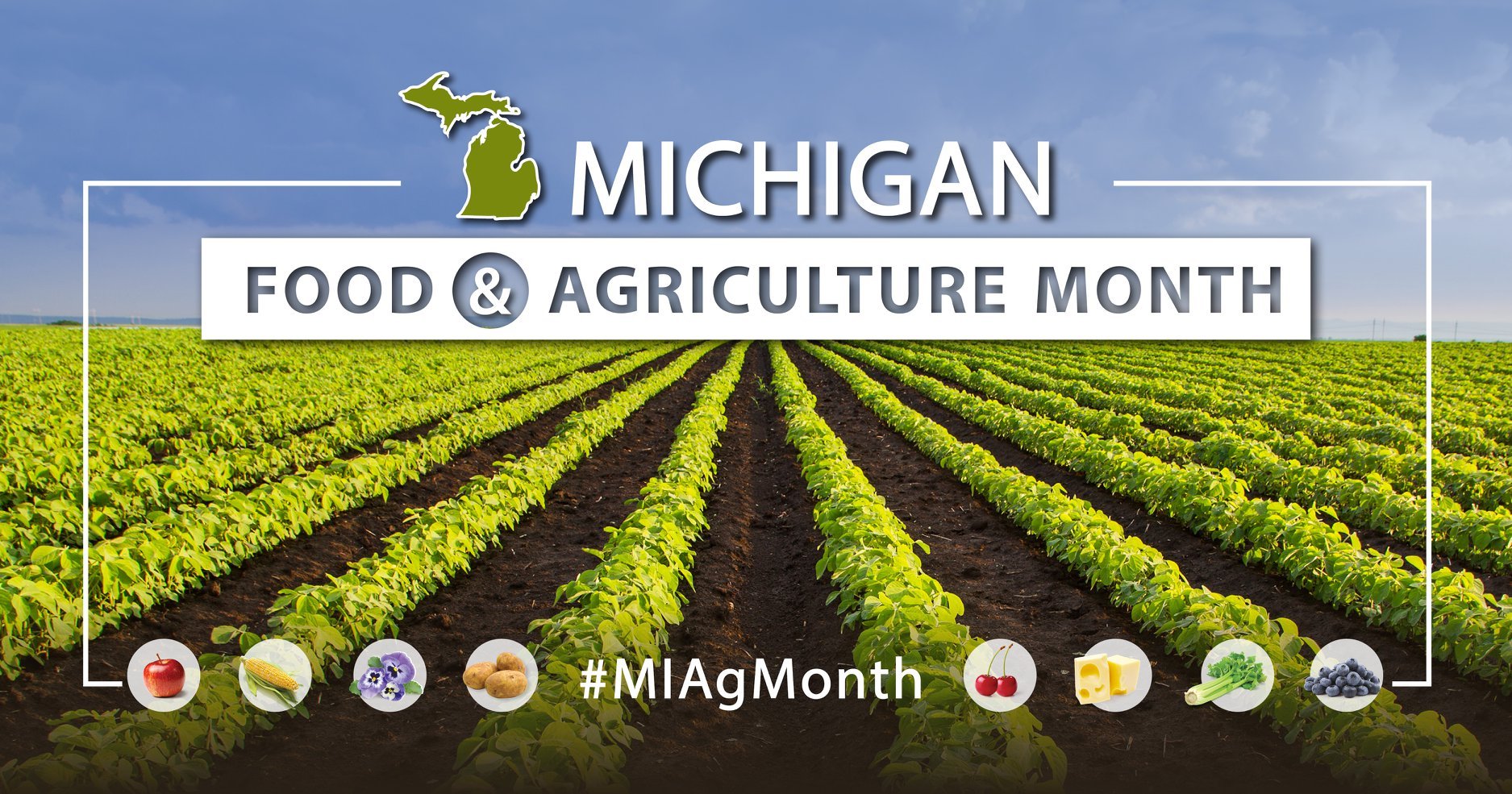 Governor Gretchen Whitmer has named March as Food and Agriculture Month in Michigan.

Whitmer says Michigan’s food and agriculture industry is a national powerhouse and is responsible for 805,000 jobs, generating nearly $105 billion annually to the state’s economy.

The Michigan Department of Agriculture will partner with several agricultural and food organizations and businesses to showcase various facets of the sector over the next month including the Michigan Farm Bureau, United Dairy Industry of Michigan, Grand Traverse Pie Company, McDonald’s of Michigan, Michigan State University Extension, the Michigan Economic Development Corporation and others.

Social media posts and events across the state during March will feature the diversity of Michigan’s ag industry.  Join the conversation with the hashtag #MIAgMonth.