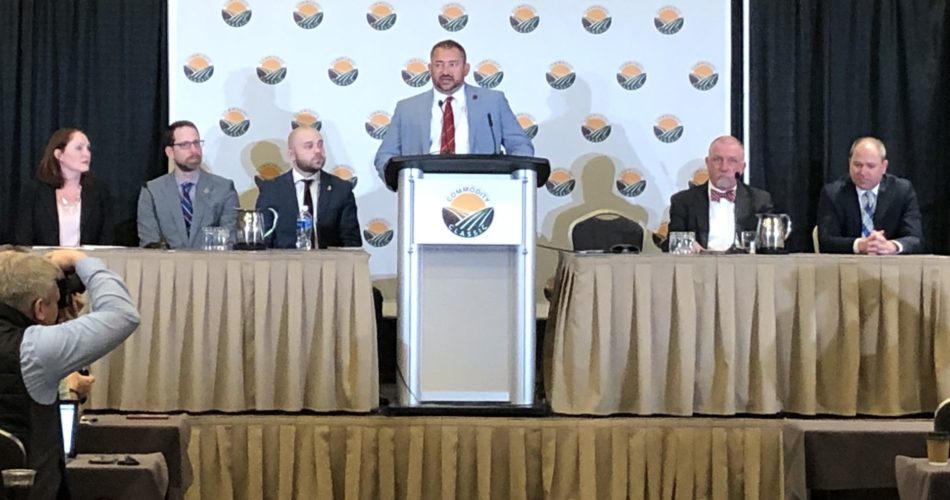 National Corn Growers Association has partnered with the Environmental Defense Fund to start the Success in Stewardship Network.

NCGA President Kevin Ross says the initiative will recognize growers for the use of conservation practices on their farms.

“I think that recognition from folks and groups like EDF and NCGA as well as our states that are involved in this really encourages adoption and gives people that license to feel really good and talk about what they’re doing on their own farms,” he says.

The network will showcase success stories from farmers and state-level programs putting stewardship into practice, with the goal of growing the network of corn farmers who are also conservation leaders.

“You’re not implementing conservation practices without trying to improve your operation which means improving your soils and improving how you grow,” he says. “Generally, almost all the time the ways you do that and improve efficiency on your own operation are contributing to that same sustainability metric.”

Callie Eideberg, director of agricultural policy and special projects at the Environmental Defense Fund says the network will break down the notion that conservation is only for an elite group of farmers. She says practices that protect the land and water and increase climate resilience are more prevalent that some may think.

The program from the Minnesota Corn Growers Association allows farmers to test their ideas and examine how those ideas might be replicated on other farms. The program has invested nearly $600,000 in farmer-led research projects about nutrient management and water quality improvements.

The program from the Illinois Corn Growers Association is a farmer-led effort to address natural resources concerns across five watersheds in Illinois and Kentucky on a field-by-field basis and in a financially viable way.

NCGA encourages any stewards who participate in a recognized program or adopt conservation measures on their own to join the network.

The post NCGA and EDF launch Success in Stewardship Network appeared first on Voice Of Muscatine.