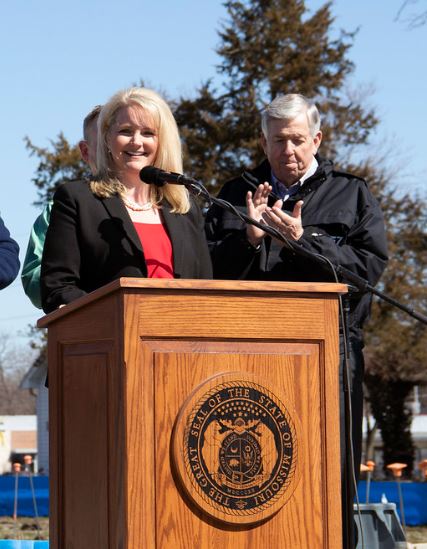 Governor Parson and Ag Director Chinn have taken part in the ground breaking of a new Director’s Pavilion at the Missouri State Fairgrounds.

“This is the first time that we’ve seen investment in the Missouri State Fair for nearly a decade.”

Chinn tells Brownfield it’s important to have a permanent structure for the governor’s ham breakfast every year in place of a costly tent that’s vulnerable to bad weather, “We are really excited to have new infrastructure in place that is not only going to benefit us during the state fair but also year round for other activities to be hosted there on the state fairgrounds and also benefit the Sedalia community as well.”

The Director’s pavilion is being paid for through public and private funds and will be ready for the 2020 Missouri State Fair in August.

The post Ground broken for director’s pavilion at state fairgrounds appeared first on Voice Of Muscatine.