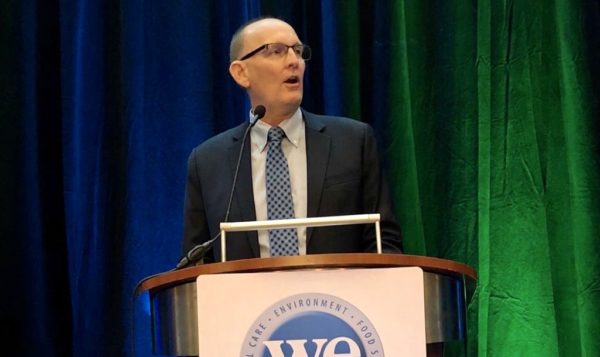 The USDA rolled out its plan to protect the pork industry should African swine fever be detected in the US.

Undersecretary Greg Ibach says the USDA’s plan isn’t because they believe an outbreak is inevitable, it’s to allow the industry and the department to be as prepared as possible.

However, should the disease be detected in the US, USDA’s Secretary of Agriculture will declare an extraordinary emergency.  “That means we will manage it as a nation versus a state-by-state basis,” he says.  “This will give us the ability to have uniformity between states as to how we manage the disease.”

He says a minimum 72 hours stop-movement will also be ordered to give the department and the pork industry time to stop the spread of the disease.  “To be able to control it and contain it and to be able to try and assess where the pockets are that have been exposed or are at risk,” he says.  “And whether or not there are areas of the United States that we will be able to allow movement and business as usual.”

The USDA says they will also recognize the American Veterinary Medicine Association’s approved methods and recommended methods for depopulation.  He says they also want to minimize the movement of animals to disposal sites.

Ibach made the announcement at the National Pork Industry Forum in Kansas City.