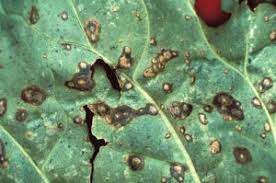 Sugarbeet growers in the Red River Valley are concerned remnants of a disastrous 2019 will linger into the upcoming growing season.

Ken Deibert with BASF says it was so wet last fall thousands of acres in eastern North Dakota and northern Minnesota went unharvested.

“In the American Crystal geography for example, they were unable to get roughly 25 percent of that beet crop out of the ground. And it’s not just the 2019 growing season, but now you go into the 2020 growing season and these acres need to be managed accordingly.”

He tells Brownfield management begins with what crop follows in the abandoned beet fields and understanding soil-borne disease threats.

Deibert says for sugarbeets planted in the Red River Valley this year, growers will need a plan to manage cercospora leaf spot because it’s becoming more difficult to control.

The post Remnants of disastrous 2019 for sugarbeet growers expected to linger into 2020 appeared first on Voice Of Muscatine.