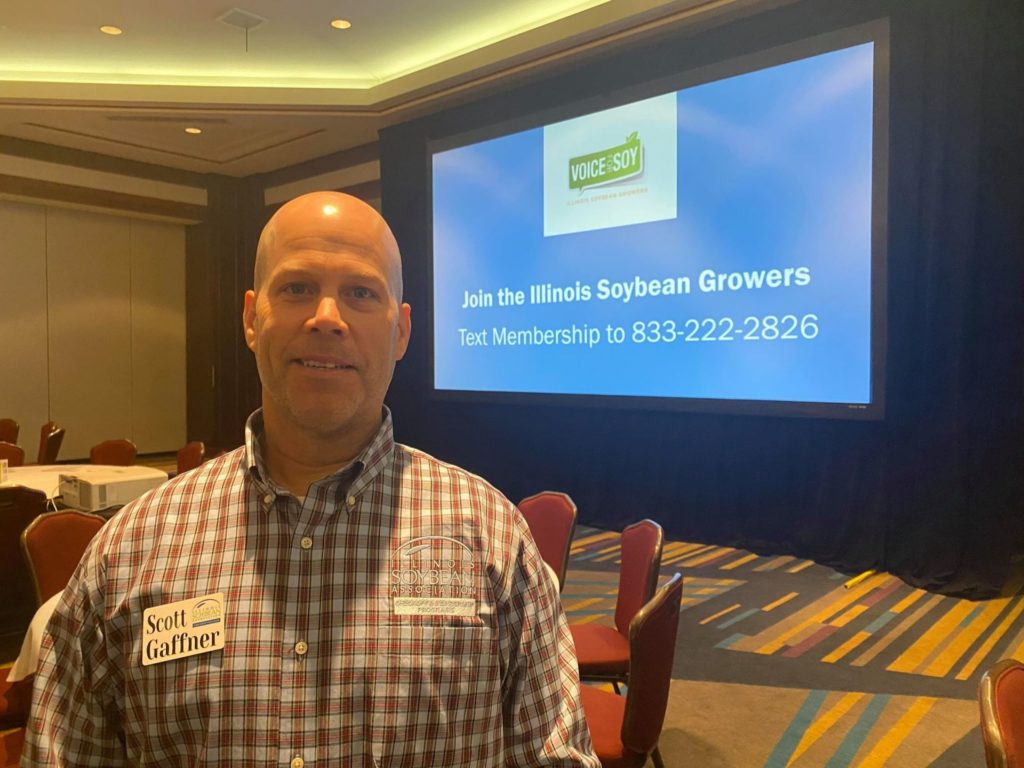 The At-Large Director of the Illinois Soybean Association says he has been in the shoes of a confused consumer.

Scott Gaffner grew up on a grain and dairy farm in Greenville, Illinois. After 29 years with the Illinois State Police, he is now back on the farm full time. He tells Brownfield a lot has changed, including the lingo surrounding farming practices.

Gaffner says after going on soybean trade missions to China, Cambodia, Myanmar and Cuba he has a better understanding of how farming can be perceived both domestically and abroad.

“They don’t realize the immense measures that we as farmers are taking to reduce that. We are breathing the same air, we are eating the same food, we don’t want our kids exposed to chemicals either.”

Brownfield interviewed Gaffner at the Illinois Soybean Summit in Springfield.

Comments from an interview with Scott Gaffner