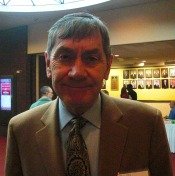 Inclement weather is slowing the movement of soybeans out of Brazil.

“And when it rains like this, you can’t load those ships with soybeans. And that’s what’s been happening. There have been big delays in loading soybeans on ships that are going to China.”

He says Chinese crushers are beginning to inquire about U.S. soybeans.

“For shipment out of the Pacific Northwest in late March or April to fill in the gaps coming from the supply line in Brazil. So that’s something that’s going to be positive for the next few weeks.”

Baize is president of John C. Baize and Associates, an agricultural consulting firm located in Virginia.

Brownfield spoke to him from the Northern Commodity Transportation Conference in Bloomington, Minnesota Thursday.