Is U.S. still king of the export hill? 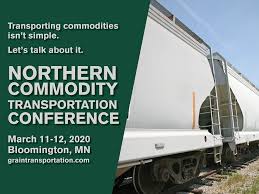 The long-held belief that the U.S. is head and shoulders above South America as an ag exporter seems to be fading.

“We are the residual supplier for most of the world. That means that they buy South America first and buy us second.”

For decades, he says the U.S. led by being the low-cost producer.

“Because of our infrastructure. But we have been lax in keeping up. And since they’re building their stuff now, within the last decade and going into the next decade, theirs is all new, shiny, big, modern. Ours is all decades old.”

If there aren’t investments in infrastructure, Slunecka says he fears the U.S. will be relegated even further behind its export competitors.

Brownfield interviewed him from the 2020 Northern Commodity Transportation Conference in Bloomington, Minnesota Thursday.

The post Is U.S. still king of the export hill? appeared first on Voice Of Muscatine.