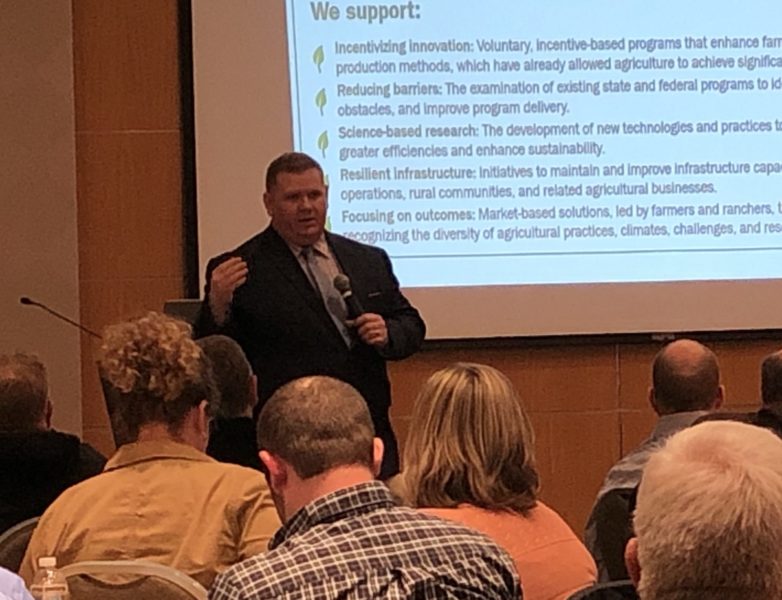 Ag groups are working together to ensure that agriculture can have a role in climate and sustainability conversations in Washington DC.

Andrew Walmsley, director of congressional relations with American Farm Bureau, says Farmers for a Sustainable Future is geared toward lawmakers.

“Part of what kicked this off was renewed focus particularly by Congress around the issue of climate and we started asking what US agriculture numbers are,” he says. “A lot of times you’d hear around greenhouse gas emissions that agriculture contributes close to 25 percent, but when you look at US agriculture that’s not quite true, we’re actually less than 10 percent.”

He says farmers continue to produce more with less resources.

“(Farmers) are deeply concerned about being a good steward, reducing inputs, and most importantly figuring out how they can be sustainable to pass the farm on to the next generation,” he says.

He says the group recognizes that something will happen in congress regarding sustainability in the future and they want to be part of the conversation.

The post Ag groups want to be part of climate change conversation in DC appeared first on Voice Of Muscatine.