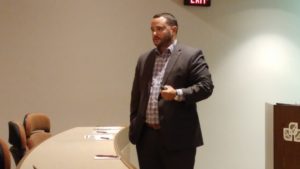 A Farm Bureau economist says none of the commodities are doing very well in the markets during the unusual consumer buying caused by coronavirus concerns. John Newton tells Brownfield, “May Class Three milk is down 11%. May Class Four milk, which is milk used to produce nonfat dry milk powders. Given how much powder is exported, it’s down 22%. Hogs and live cattle were down as much as 30% before the market rallied.”

Newton says producers are seeing store supplies getting cleaned out, while retail prices go up. “But we’re not seeing that in the live cattle market, and you’re not seeing that in the hog market either, and I think that’s what’s got producers kind of scratching their head a little bit. When you see retail prices surge but farm prices don’t move or move even lower, that means the margins are being captured somewhere else along the supply chain, which can be pretty frustrating.”

Newton says grocers want to keep shelves stocked, and they’re bidding up prices, all at the same time there’s concern about the possibility of packing plants shutting down. “This is akin to what we saw when the Holcomb fire took six to seven percent of the slaughter capacity off the market in a single day, so it’s just unfortunate supply and demand dynamics that’s leading to this, but make no mistake, those big margins are being captured elsewhere along the supply chain and not being captured by the farmers themselves.”

Newton says the most important thing right now is to keep product moving and keep processing facilities open to get food in the hands of families and school children.  He says farmers stand ready to supply the food and fuel but relaxing trucker hours-of-service rules and some other regulations would help the supply chain.

The post Economist says retail prices up with COVID-19, but farmers aren’t benefiting appeared first on Voice Of Muscatine.