Another early-Spring storm ahead for the Heartland

During the next several days, the focus for significant precipitation will shift northward. For Wednesday, locally heavy showers and thunderstorms will sweep eastward from the mid-South to the southern Mid-Atlantic coast.

Meanwhile, a series of Pacific disturbances will move inland across the West, generating scattered rain and snow showers during the next several days. Some of the heaviest Western precipitation will fall along the northern Pacific Coast and from the Cascades southward into the Sierra Nevada.

Late in the week, a storm system will emerge from the West and intensify across the central and southern Plains. By late Friday and into the weekend, wet snow may accumulate in the upper Midwest, while heavy rain can be expected in parts of the southern and eastern Corn Belt.

Very warm weather will prevail in advance of the late-week storm, while chilly conditions will persist across the West. 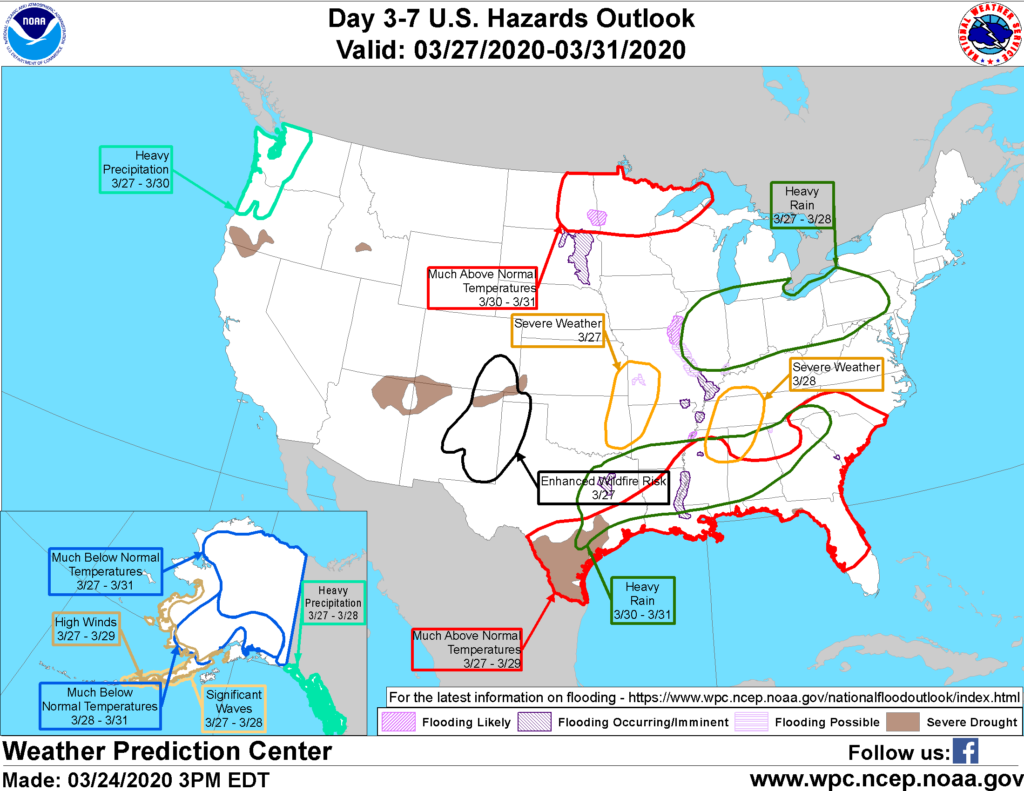 Dry weather will continue through week’s end across the Deep South, from Texas to Florida.

Looking ahead, the 6- to 10-day outlook calls for the likelihood of near- or above-normal temperatures and near- or below-normal precipitation across most of the country.

In fact, cooler-than-normal conditions will be limited to parts of western Washington, while wetter-than-normal weather should be confined to New England, the lower Southeast, and along the Canadian border from Washington to northwestern Montana.