Unseasonably cold grips much of the Heartland

Across the Corn Belt, below-normal temperatures persist, accompanied by breezy conditions from the Mississippi Valley eastward. Freeze Warnings were in effect early Friday across parts of the southern Corn Belt, from Missouri into the Ohio Valley. Farther north, a few snow showers are occurring downwind of the Great Lakes. Meanwhile in the western Corn Belt, where winds have diminished, this Friday morning’s low temperatures locally fell below 20°.

On the Plains, Freeze Warnings were in effect early Friday across eastern Kansas and portions of neighboring states, where low temperatures locally dipped below 25°. In contrast, mild weather has temporarily returned across portions of the northern and central High Plains.

In the South, showers linger in the vicinity of a cold front stretching from northern Florida to southern Texas. North of the cold front, cool, dry, breezy weather prevails. In Tennessee, where Friday morning’s temperatures fell below 40° in many locations, 25% of the apple crop was in full bloom by April 5. 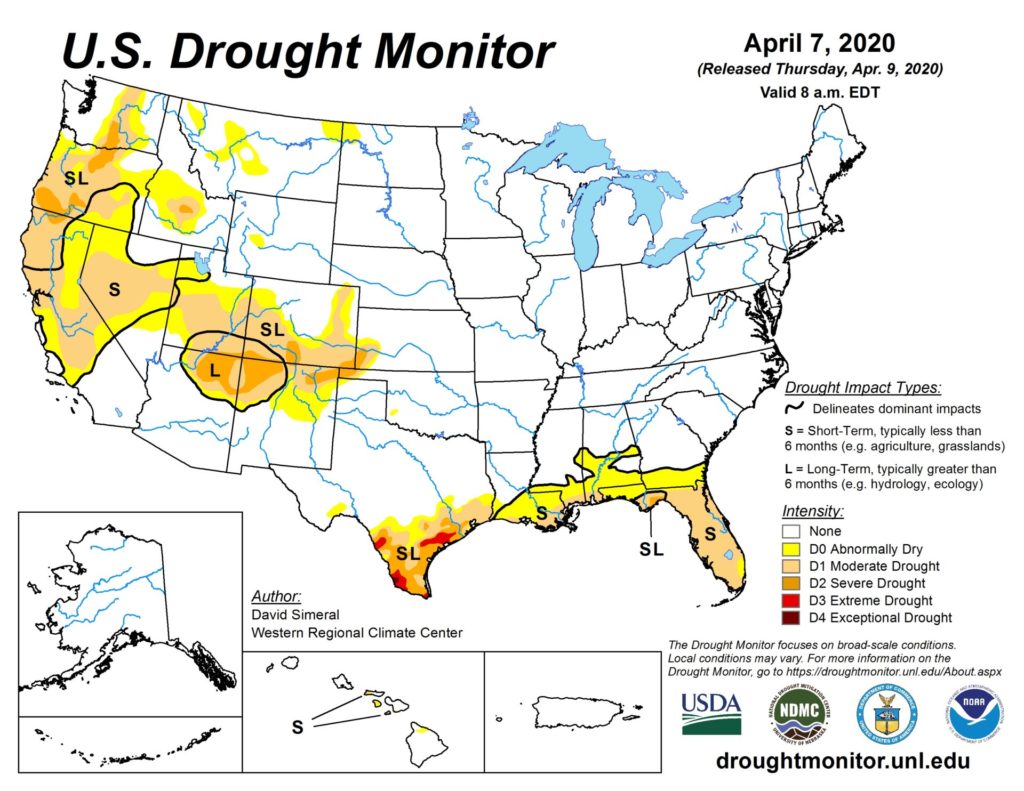 In the West, a final day of locally heavy showers in southern California is maintaining the flash flood threat. In addition, snow continues in southern California at elevations above 5,000 feet. Meanwhile, warm, dry weather in the Northwest is promoting a rapid pace of development for crops such as winter wheat and fruit trees.