Across the Corn Belt, significantly below-normal temperatures persist. Freeze Warnings were in effect Wednesday morning in the Ohio Valley, where some fruit crops are blooming but few summer crops have been planted and only a tiny percentage of the winter wheat is heading. Meanwhile, Wednesday’s low temperatures locally fell below 10° in the upper Midwest, especially in areas where snow remains on the ground. Early Wednesday, light snow is falling in northern Illinois and neighboring areas. 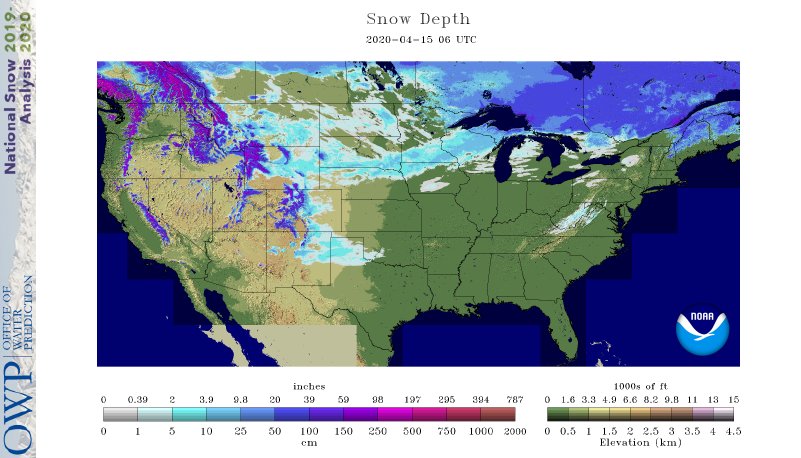 On the Plains, Freeze Warnings were in effect for the third consecutive morning as far south as the northern panhandle of Texas. Producers across the central and southern Plains continue to monitor jointing to heading winter wheat for any signs of freeze injury. Elsewhere, Wednesday morning’s low temperatures fell below 20° in much of the Dakotas, while light snow is overspreading parts of Montana.

In the South, Freeze Warnings were in effect Wednesday morning from the Ozark Plateau into Kentucky and Tennessee. Frost was observed as far south as northern parts of Alabama and Mississippi. The cold weather poses a significant freeze-injury threat to blooming fruits, emerging summer crops, and heading winter wheat. In Tennessee, where a nearly statewide freeze occurred, 57% of the apples were in full bloom on April 12, while 6% of the winter wheat had headed. Currently, scattered showers are occurring in the southern Atlantic States, while rain and snow is falling in parts of Virginia.

In the West, warmth is mostly limited to areas along and near the Pacific Coast. Farther inland, cool, dry weather covers the Southwest. Elsewhere, precipitation—including high-elevation snow—is spreading southward across the northern Rockies and northern Intermountain West.