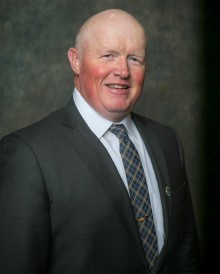 Fieldwork yet to begin in northwest Minnesota

“We’ve been cool. We (also) got a foot of snow the third of April, and kind of some off-and-on snow (since). And temperatures down in the teens, which has kind of delayed us.”

“We do need kind of a bigger window this spring to get in there and get some tillage done. It was a very wet harvest, especially when we got to the soybeans. And even with tracks on our combines, we left some pretty good-sized ruts.”

The Minnesota Farm Bureau director says his crop rotation will remain pretty much the same, except for a little less corn because he’s not as optimistic about that market.