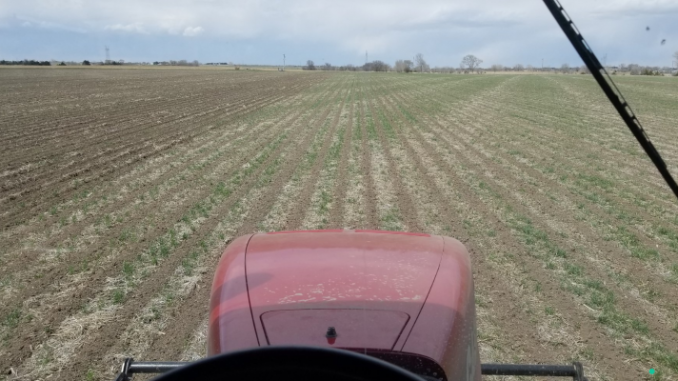 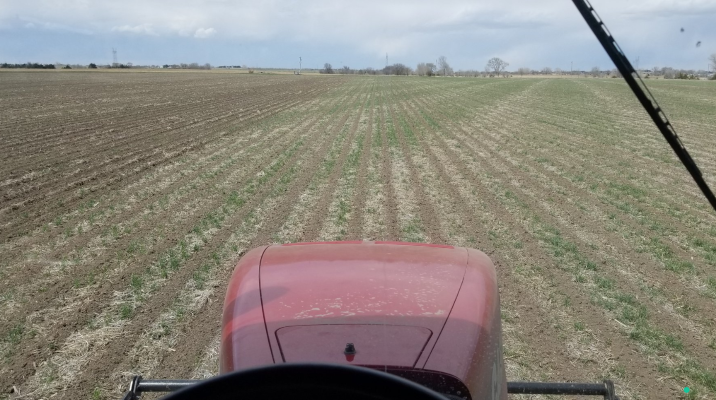 Andy Jobman sent this photo as he planted corn Thursday near Gothenburg, Nebraska.

Andy Jobman, who farm nears Gothenburg in central Nebraska, was planting corn when we talked to him Thursday afternoon.

“So far conditions are pretty good, but we are getting awfully dry. It’s been a while since we’ve had any significant moisture,” Jobman said. “So we’re moving a lot of dirt with the row cleaners and bearing down to find some moisture. There’s good moisture there but if we don’t have some rain here in the next week or two, we’ll probably be running some pivots to incorporate some herbicide and just make sure things aren’t drying out.”

Jobman is a young farmer—he says he’s been farming professionally since 2011. But even though times are tough right now, he’s not questioning his choice of profession.

“I think we’ve all understood that there’s good times and bad,” he said. “It’s kind of interesting, though, that a lot of guys in my generation have never had to sell corn for less than three dollars. I think that’s a pretty interesting statistic. I’m hoping that none of us have to, but I guess we’ll kind of wait and see.”

Jobman raises white and yellow food grade corn for the Frito Lay facility in Gothenburg. He also grows soybeans and some alfalfa.