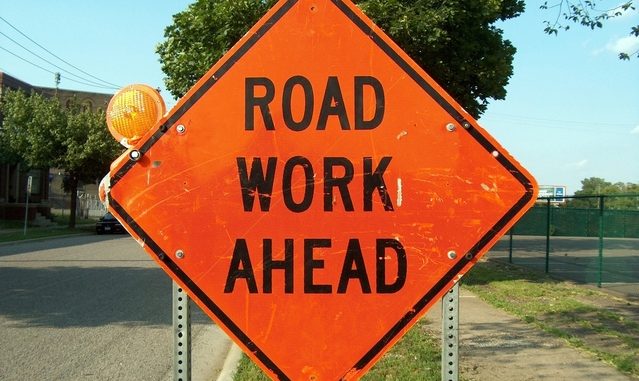 Mississippi Drive will be restricted to one lane of traffic, with alternating traffic controlled by flaggers, during working hours starting Monday, April 27.

The month-long restriction will affect the three-block area of Mississippi Drive from Broadway to Linn and is part of the Muscatine Power & Water (MPW) project to move the overhead electrical lines underground.

The project will construct a concrete vault behind the curb on the river side of Mississippi Drive near Contrary Brewing to help with the riverfront power line undergrounding project. The east bound lane will be closed to traffic during daylight hours with flaggers on hand to direct alternating traffic in the west bound lane.

Both lanes of Mississippi Drive will be open to traffic during non-working hours.
Drivers are asked to avoid the area if possible and, if not, to slow down, be aware of construction activity to protect workers, and to follow the directions of the flaggers.

The project is expected to take four weeks to complete.

Another contractor will be working July through November to complete the underground project. Additional temporary traffic disruptions will occur with MPW working with the contractor to minimize the length of traffic flow disruptions.

Moving the electrical lines underground and removing the power poles are part of the Mississippi Drive Corridor Project.