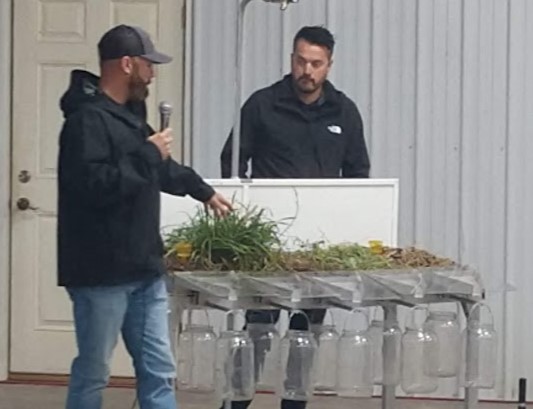 More farmers are utilizing cover crops to cut erosion and build soil health, but new research on when to seed might surprise some farmers.

Jason Cavadini with the University of Wisconsin’s Marshfield Agricultural Research Station says farmers can and should interseed cover crop seeds much earlier than what was recommended a few years ago. “About four or five years ago when we started this, we were saying V3 to V4 corn, no later than V4. We knew at that time that if you got much later than V4 that crop would establish but it would get shaded out and not amount to very much.”

Cavadini says the earlier seeding helps the cover crop get better established without harming the main crop. “We have not seen any negative effects on corn yield in the four years that we’ve been collecting data.”

So when should farmers interseed cover crops? Cavadini says, “Basically, as soon as you can see rows and the field conditions allow, I’d say start getting ready to interseed.”