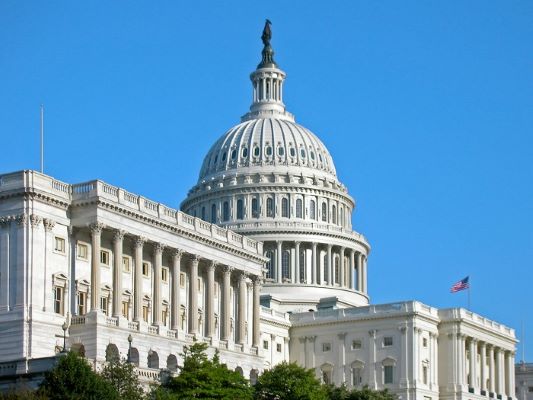 A government shutdown was averted at the last minute, meaning several farm programs will continue to be funded.  President Trump signed a continuing resolution funding the government after returning from campaign stops in Minnesota, about an hour after Washington officially ran out of money.

And he says that was important to prevent delays in payments to farmers. “We needed to get the Commodity Credit Corporation anomaly in there so that USDA had the financial resources to start making program payments here in the next, you know, this week, actually I think beginning tomorrow.”

Democrats pulled support for additional funding of the Commodity Credit Corporation, but farm-state legislators from both parties put pressure on the leadership to make sure the CCC funding was included.  Republicans also made concessions, leading to an increase in low-income nutrition programs from three billion to eight billion dollars.

National Corn Growers Association President Kevin Ross says, “Farmers have worked with Congress for years to develop and implement effective risk management tools that ensure a stable feed, fuel, and food supply even during the tough times many are facing today.”  And he says, “NCGA thanks members of the House and Senate from both sides of the Aisle who fought to ensure USDA has the budget flexibility necessary to deliver on the farm bill’s commitments and support America’s farmers and ranchers.”

National Farmers Union (NFU) President Rob Larew issued a statement saying, “Today’s passage of the continuing resolution is an immense relief to farmers, who depend on federally-funded programs to access loans, technical support, and critical market and climate data. These services are always essential but are particularly so right now as we all cope with the added challenges the pandemic has introduced. Simply put, farmers and rural communities can’t afford a shutdown, and we appreciate Congress’s efforts to prevent that from happening. We strongly urge President Trump to sign this bill, which will not only keep the government running for the next few months, but also help hungry Americans access food and prevent oil corporations from taking advantage of programs meant to assist farmers.”

National Milk Producers President Jim Mulhern says, “We are glad Congress reached a government funding deal that provides important support to farmers and families who have weathered incredibly difficult challenges all year long. This measure not only avoids a government shutdown, it also ensures that additional COVID-19 assistance can be provided as further needs arise and provides important nutrition assistance to families in need.”

The House passed the bill last week, and the Senate passed it late Wednesday evening.  Trump signed the bill at around 1:00 am eastern time Thursday. The bill keeps the government funded through December 11th.