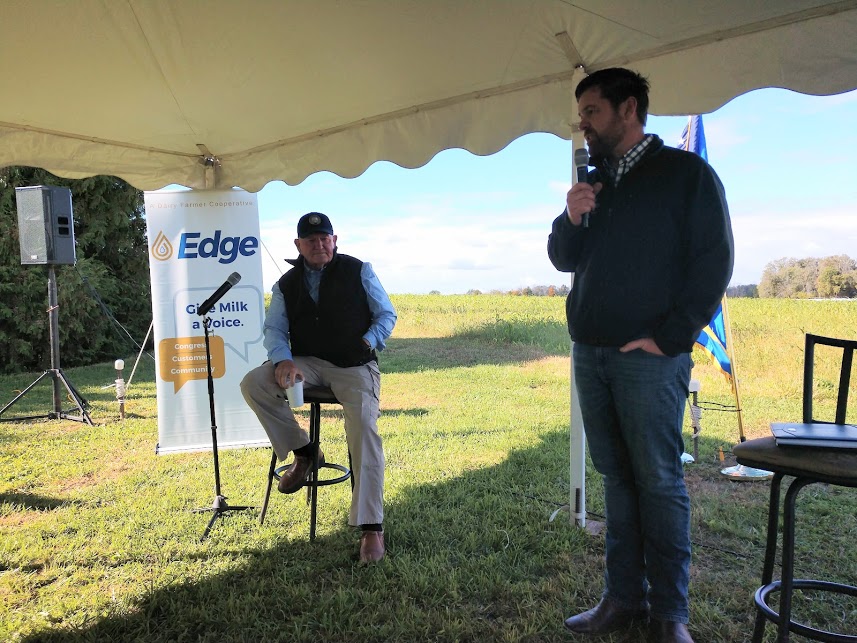 The Agriculture Secretary says the recently-signed continuing resolution funding the government left out a vital service.

Sonny Perdue fielded questions Friday from farmers during a stop at a Wisconsin dairy producer Friday.  National Pork Producers President A.V. Roth asked Perdue about funding for APHIS inspections which was not covered in the recently-signed continuing resolution that keeps the government funded until mid-December.  Perdue says, “We have made Congress know of the need on the AQI funding. We get that from fees coming in from foreign travelers, mostly passengers, but also some, and it’s down significantly.”

And Perdue says until Congress provides funding, he will have to re-allocate other USDA dollars to do the job. “That’s a zero-tolerance phase. Our APHIS inspectors working with border patrol, that’s our only defense to keep foreign diseases from coming in.”

Perdue also addressed questions on trade, ag labor, and the CFAP program while at the farm of Brody Stapel, the Edge Dairy Farmers Cooperative President.