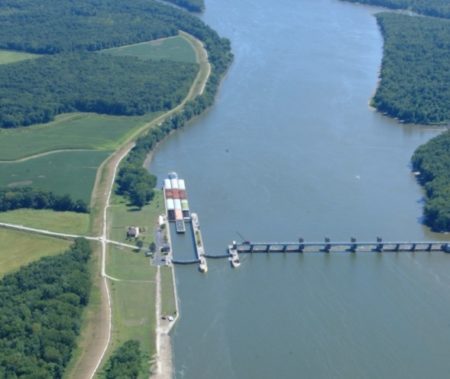 Four U.S. House and Senate members from Illinois and Missouri are asking the U.S. Army Corps of Engineers to include construction funding to modernize and expand seven outdated locks on the Upper Mississippi River.

House members Cheri Bustos of Illinois and Jason Smith of Missouri are joined by Senators Dick Durbin of Illinois and Roy Blunt of Missouri in asking Corps leaders to include funding for the Navigation and Ecosystem Sustainability Program (NESP) in its 2021 fiscal year work plan.

By constructing new locks at those seven existing sites, the lawmakers write, the river will be open to two-way traffic.

The program was authorized in the Water Resources Development Act of 2007 which the lawmakers say would make American agriculture more competitive, allowing more capacity on the Upper Mississippi River and Illinois Waterway by reducing potential commercial barge traffic disruptions.