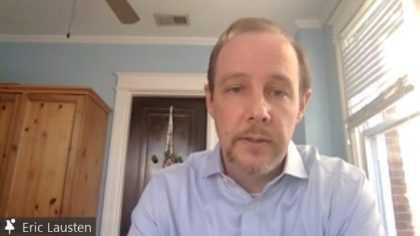 A former legislative director to three members of Congress says there likely will NOT be a cap-and-trade program in the Biden administration’s climate change policy plans. Eric Lausten is a principal with Husch Blackwell Strategies,

“Rather than the approach Democrats took in 2009 and ’10 that many attribute to losing the majority at that time, which was the cap-and-trade proposal, we expect the Biden approach to be much more incentive-driven. Lower likelihood of cap-and-trade or carbon tax.”

Lausten, a panelist on the Kansas City AgriBusiness Council’s annual legal review, says there could be several ag-specific measures related to climate change, “Increased spending under the Conservation Reserve and Conservation Stewardship programs to encourage farmers to use cover crops and other methods of capturing carbon in their soil and timber.

Promoting methane digesters for combined animal feeding operations (CAFOs) to better manage some of the emissions that come out of those operations.”

Lausten says he still foresees some regulatory action through the Clean Air Act to address climate change to put things back in place like the Clean Power Plan that had been issued by President Obama. Biden issued a trio of executive orders on climate change this week.

Lausten also expects the administration to deal with on-going regulatory issues including Waters of the U.S. (WOTUS), wildlife and endangered species management and maybe a new look at pesticides and herbicide regulation.