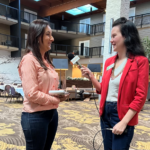 Grain trade is ramping up between two big players on the global market.

Joana Colussi, a post-doctoral student at the University of Illinois originally from Brazil, tells Brownfield a recent trade agreement creates the potential for corn exports from Brazil to China to reach 50 million metric tons in 2023.

“In 2022 Brazil hit a record in corn exports with just two months of that agreement with China; November and December.