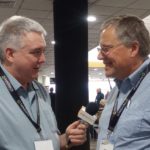 Economist Paul Mitchell is with the University of Wisconsin. He tells Brownfield, “The earliest planting dates have become earlier now. They used to be April 26th for the whole state of Wisconsin. It’s now April 15th for the southern third, April 20th in the middle chunk, and then the very far north is actually April 30th.”