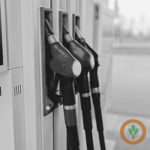 A former senator and one of the authors of the Renewable Fuel Standard says the renewable fuel industry has continued to see growth since the RFS program was authorized in 2005.

Byron Dorgan of North Dakota says the growing biodiesel and renewable diesel industry is a story of success.

“I remember talking about the development of a significant industry, and in a couple of decades it supports 65,000 U.S. jobs and more than $17 billion in economic activity,” he says.