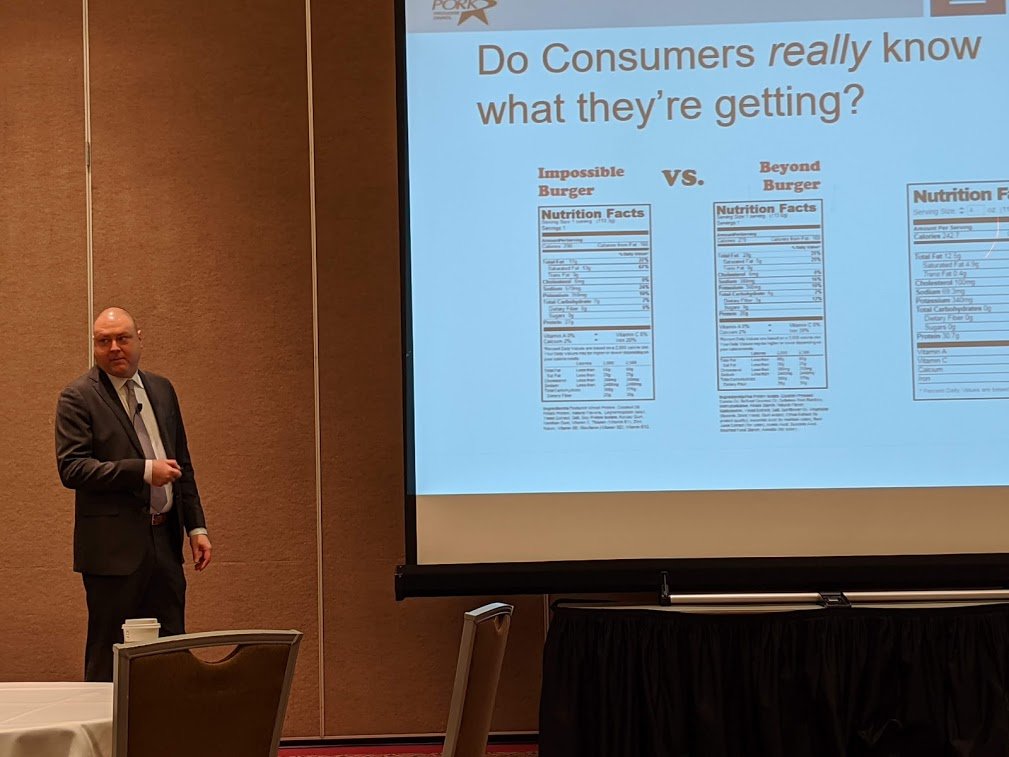 A spokesman for the National Pork Producers Council says a one-billion-dollar plant-based industry should not be ignored.

Dan Kovich with the National Pork Producers Council tells Brownfield plant-based proteins started with alternatives for ground beef, but pork is next.

“Worldwide, pork is the number one animal protein so clearly these companies see us as a target.  People like pork, they love bacon, they’re coming for it next.”

He says in the last decade, investments in alternative proteins have totaled about $16 billion, mostly coming from tech companies in California but also food companies like Cargill.

While the meat industry is under continuous inspection, Kovich says all other food products are only “subject to inspection.”

“You can produce it, you can market it, you can put a label on it, and you may have never seen federal inspection, or very minimum—maybe someone coming in once a year for a few hours versus being there the entire time the product is being made.”

The National Pork Producers Council wants to see a level playing field for labeling and regulatory standards on all products and transparency for consumers.

The post Alternative pork, not subject to same rules appeared first on Voice Of Muscatine.