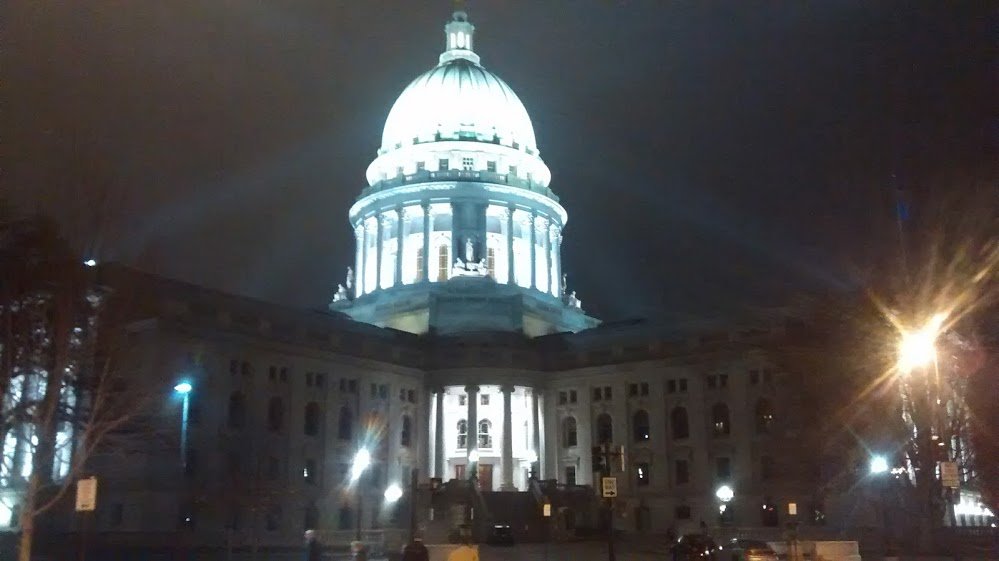 Cynthia Leitner is the President of the Wisconsin Dairy Alliance, which represents large dairy producers with CAFO permits.  She says if “and” had not been changed to “or” under the section on Political Subdivision Authority related to agriculture zoning, they could have supported the bill.  “If it’s ‘and’ you have to prove scientifically that it’s detrimental to the health or the well-being of the community, and that in itself gives you a reason for doing what you’re doing with the zoning.  If you put the “or” in there, you don’t have to have the scientific proof to change the zoning.”  Leitner says not fixing that one word in the bill would have given local government the ability to zone any farm out of business.

John Holevoet with the Dairy Business Association tells Brownfield local governments already have broad zoning authority without having to meet the criteria in this legislation.  “Right now under current law, this is separate from livestock siting, this is just a regular old zoning law, towns or counties that have zoning authority and could zone out all of agriculture.  Every single farm.  They could make all of them non-conforming uses.  They could make all of them get conditional use permits.  That’s a power they have already and a power that some jurisdictions have already used.”

Wisconsin Farm Bureau’s Debi Towns tells Brownfield the “and” versus “or” issue was discussed extensively.  “I think there’s a difference in legal interpretation.  Some interpret that section as “or” now.”

Towns believes the process opened a door for discussion for further improvements later.  Holevoet is concerned all parties may have burned too much political capital and some might be reluctant to go back to the bargaining table again.

The bill, Senate Bill 808, was authored by State Senator Howard Marklein and State Representative Travis Tranel and was called a compromise between farmers and local governments that would offer certainty and clarity for farmers while maintaining local controls.  Towns and counties wanted permitting to be handled by the state where there are experts prepared to manage siting applications.  Farmers wanted consistency with timelines in the permitting process.  The bill would have also capped permit fees, prohibited local governments from mandating bonding requirements for farms, clarified setback rules and allowed adjacent landowners to waive the setback requirements.

Without the new statute, Towns believes the Department of Agriculture, Trade, and Consumer Protection administrative rule will be re-opened for review.  She says, “I do know that there’s a likelihood that ATCP-51 which is the rule that oversees livestock siting expansions, that is likely to be re-scoped in spring, so we’ll see where that goes with DATCP.”  Brownfield previously reported the proposed revisions to ATCP-51 were pulled from consideration by the DATCP Board in November by Interim Secretary Brad Pfaff.

Leitner says the rest of Senate Bill 808 was a very good bill, but they had input after the bill’s public hearing that caused Wisconsin Dairy Alliance to change its position.  “So, we believed we had all of the information.  We believed the decision we made to go with the whole bill, including “your” was correct.  And, as the week wore on, we got many calls.  We got more information and realized that we had made a mistake, so we had to make a choice.  We had to make a choice of sticking with what we had said and then finding out what we said was wrong, or sticking with what we had said and finding out something was wrong and correcting it, and it takes a little courage to do that.”

The part of the bill in question: The existing “and” would change to “or” under the new bill.

2. The site is located in an agricultural zoning district in which the proposed new or expanded livestock facility is prohibited, subject to pars. (b) and (c).