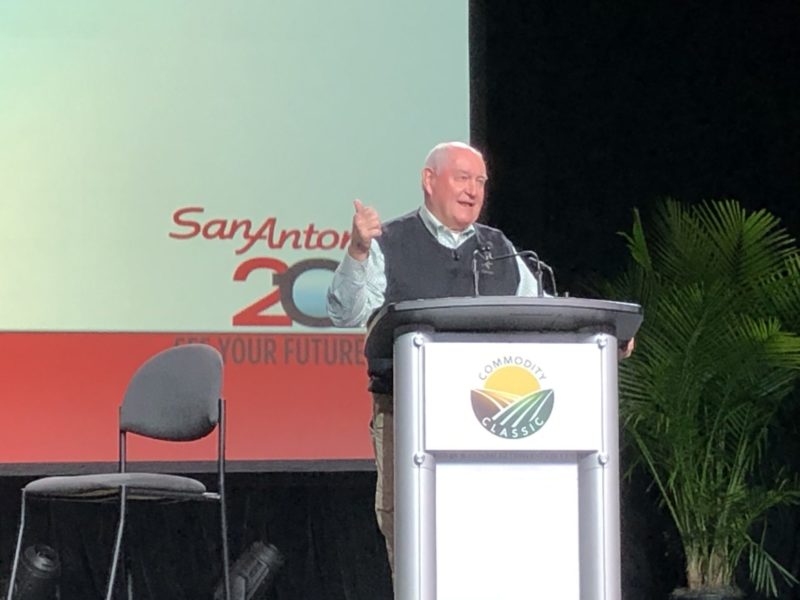 “You probably saw the Tenth Circuit decision, what that meant was the small refinery waivers that had been issued, the court declared that had not been right and I think you will see those waivers significantly reduced this year which will also help demand going forward,” he says.

Perdue said there should be an announcement soon.

“We think that’s where the policy is heading for the White House,” he says. “We were hoping to have an announcement even today about that but they want to make sure they get it right not fast.”

He spoke at the 2020 Commodity Classic in San Antonio.

The post Perdue: small refinery exemptions will be limited appeared first on Voice Of Muscatine.