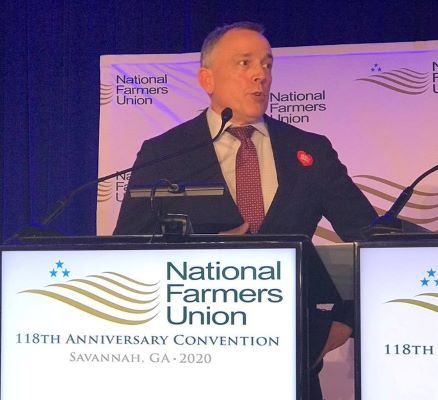 Rob Larew is the new president of the National Farmers Union.

Larew was elected at the group’s annual meeting in Savannah, Georgia. He received 74 percent of the vote.

Larew has been serving as sr. vice president of public policy and communications in the group’s Washington, D.C. office.

Larew replaces retiring president Roger Johnson, who has served in that position since 2009.