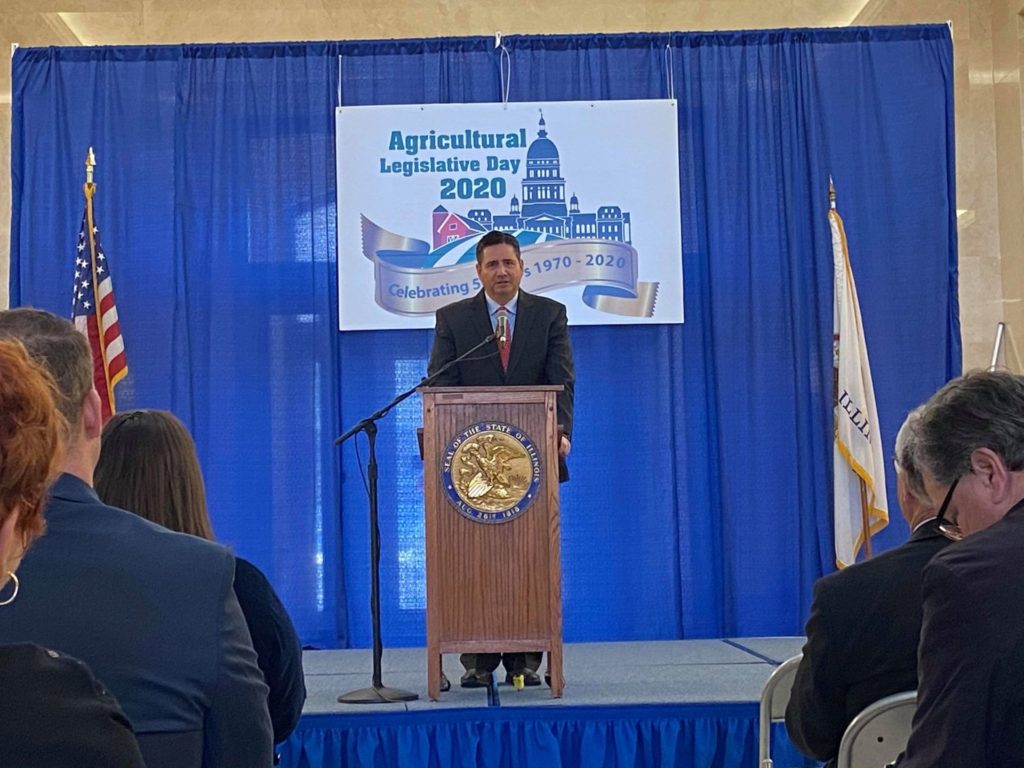 A background in farming and politics have paved the way for the new acting Director of the Illinois Department of Agriculture.

Jerry Costello served in the Illinois House of Representatives for eight years and chaired the Ag and Conservation committee for five of those, but perhaps his best qualification for ag director is his time spent on the family farm.

“Ag has been in my family all of my life. I’ve got 35 head of cattle right now and we’ve got a small family farm just outside of Sesser in Franklin County and it’s a passion of mine.”

His second day on the job, Costello spoke at Illinois Ag Legislative Day.

Costello tells Brownfield he has developed many bipartisan relationships in agriculture over the years and plans to use those to help better the state.