On farm observations are the first steps in preventing disease spread 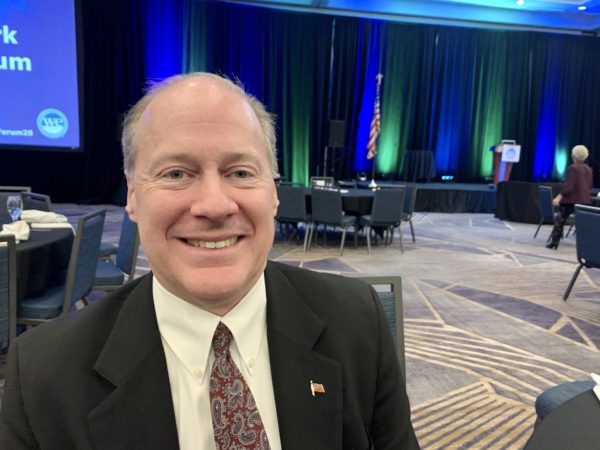 Keeping African swine fever from entering the US has been priority one for the pork industry since the first case was identified in China in August 2018.

But, Indiana state veterinarian Dr. Bret Marsh says that doesn’t mean producers can relax when it comes to looking for signs of other foreign animal diseases.  “There are a lot of diseases globally we don’t want here in the United States,” he says.  “Foot and mouth disease, classical swine fever – so we’ve approached it from the standpoint that this is an all hazards approach.  We’re looking for diseases that could be in these populations that could be unusual.  And I think that’s one of the things that’s really critical.”

He tells Brownfield the observations on the farm level are still the first steps in preventing the spread of any foreign animal disease.  “If they believe it’s African swine fever – calling our office in Indiana, or a state veterinarian’s office – to dispatch a foreign animal disease diagnostician who has had specific training to collect the appropriate tissues and get them off to the appropriate laboratories,” he says.

And because African swine fever doesn’t present like other diseases, Marsh says it may be something like unusual mortality and symptoms that are out of the ordinary.  He says make sure to contact a veterinarian to get samples off to a laboratory.

Brownfield interviewed Marsh at the 2020 National Pork Industry Forum in Kansas City, Missouri where the National Pork Board honored Dr. Marsh with its Distinguished Service Award.

The post On farm observations are the first steps in preventing disease spread appeared first on Voice Of Muscatine.