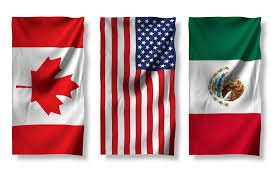 Canada’s Parliament has approved the USMCA.  U.S. Trade Ambassador Robert Lighthizer issued a statement saying now that the USMCA has been approved by all three countries, a historic new chapter for North American trade has begun.  He calls it the gold standard by which all future trade agreements will be judged.

Lighthizer says the U.S., Mexico, and Canada are all working together closely on implementation in advance of the Agreement’s entry into force.

The USTR’s office says the three countries now have three months to hammer out the regulations that govern the mechanics of the agreement.

The final step is royal assent, a signature by Canada’s Governor General Julie Payette to become law, which is expected to happen soon.