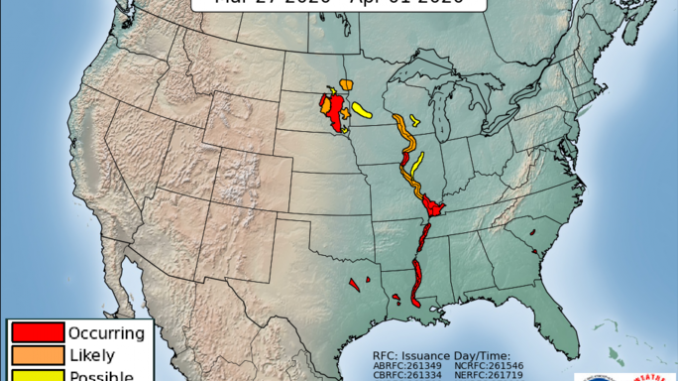 Wide-ranging weather, temps across the Heartland 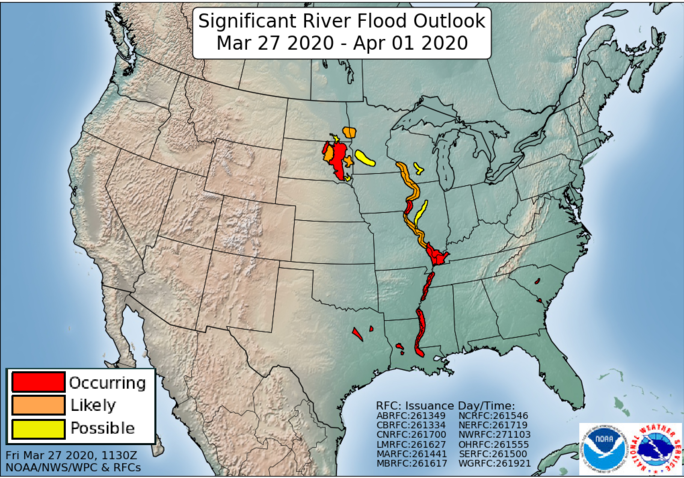 Across the Corn Belt, temperatures range from near-normal levels in the Great Lakes region to significantly above-normal values in the Ohio Valley. The region lies between storms, but rain showers are developing mainly across the southern Corn Belt. Many Midwestern rivers are running high in the wake of recent heavy precipitation; for example, moderate flooding is occurring on the Mississippi River between New Boston, Illinois, and Burlington, Iowa.

On the Plains, early-season heat continues across the southern sections of the region. On Thursday, high temperatures rose above 90º as far north as western Oklahoma. Windy, dry conditions accompany the hot weather, maintaining an elevated threat of wildfires. Farther north, an intensifying low-pressure system is traversing the central Plains. Patchy rain and snow showers are developing north of the storm system.

In the South, summer-like warmth prevails. On Thursday, McAllen, Texas, reported a high temperature of 100º, while Fort Myers, Florida, reached 93º. A few showers are grazing the northern tier of the region, including parts of Kentucky and Tennessee, but drought continues to develop or intensify along the immediate Gulf Coast and across Florida.

In the West, lingering warmth in the southern Rockies contrasts with below-normal temperatures across the remainder of the region. Isolated rain and snow showers accompany a transition to cooler conditions in the Four Corners region. Generally light precipitation is also spreading inland across the Pacific Northwest.