Across the Corn Belt, dry weather accompanies a warming trend. In fact, Tuesday’s high temperatures will reach 95º in parts of the upper Midwest. The warm, dry weather is nearly ideal for fieldwork and crop development, although parts of the southern and eastern Corn Belt remain unfavorably wet. At the end of May, topsoil moisture was 38% surplus in Michigan and ranged from 27 to 32% surplus in Missouri, Illinois, Indiana, and Ohio.

On the Plains, hot weather favors a rapid pace of crop development. The warmth is especially favorable on the northern Plains, following a protracted period of cool weather. Farther south, however, drought concerns persist on the High Plains. On May 31, topsoil moisture was rated 63% very short to short in Colorado, along with 40% in Texas. Early Tuesday, widely scattered showers are limited to parts of Montana and the Dakotas.

In the South, spotty showers are occurring this morning in several areas, including the central Gulf Coast region and east-central Florida. Mild, dry weather covers the remainder of the South, although pockets of excessive wetness continue to hamper fieldwork. On May 31, topsoil moisture was 63% surplus in North Carolina, along with 48% in South Carolina and 42% in Arkansas. 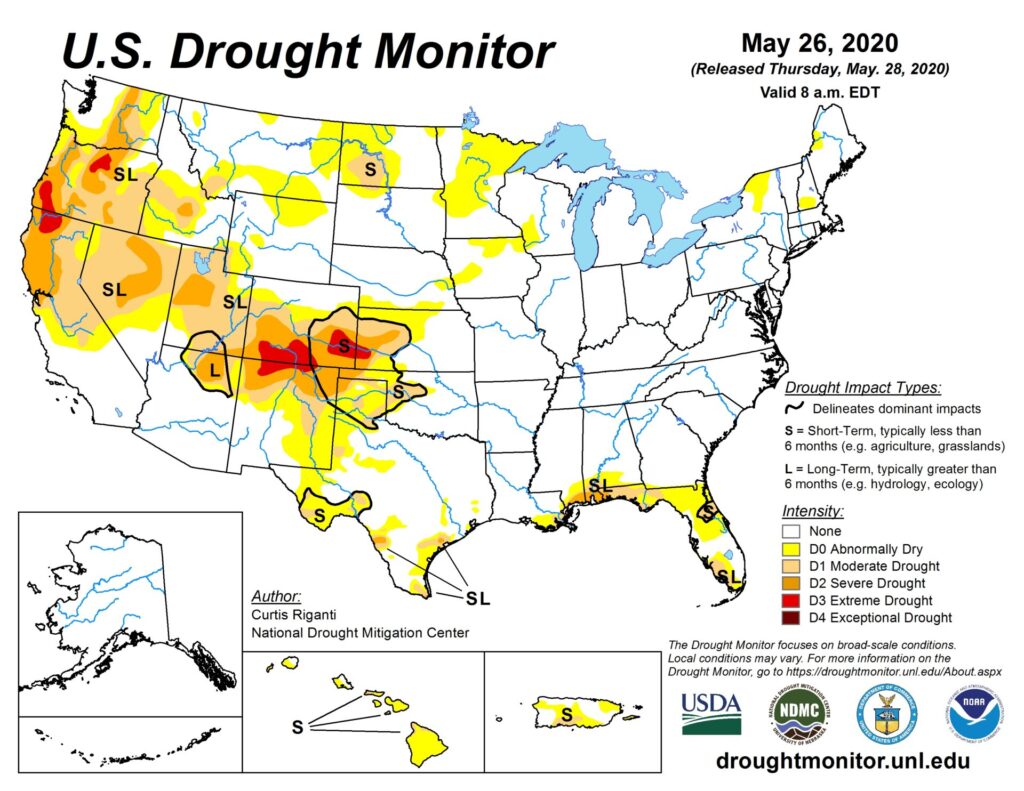 In the West, warm, mostly dry weather prevails, despite an increase in cloudiness. By the end of May, planting ranged from 95 to 100% complete for cotton in Arizona and California; rice in California; and barley and spring wheat in Idaho and Washington.