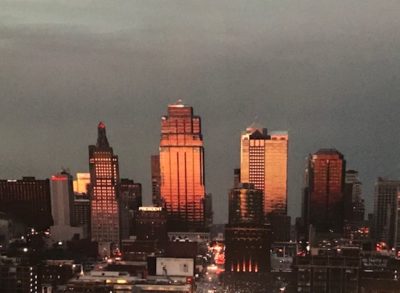 With the incoming Biden administration there are questions about whether the USDA’s Economic Research Service and National Institutes of Food & Agriculture move to Kansas City will be reversed.

Missouri Farm Bureau President Blake Hurst, on a Kansas City Agricultural Business Council panel, says he hopes not. He says it was a good idea to move those research agencies to Kansas City and a change of personnel can sometimes be a good thing, “I would hope that this is sort of an experiment and they would let it play out and see how it works. And, I think it has not nearly had enough time for anyone to know whether it’s successful or not so I hope they won’t approach that very quickly.”

Bob Peterson, chairman of the business council, says he agrees and is delighted to have those agencies in Kansas City, “From a logistical point of view they’re just now getting their new office space in central downtown Kansas City ready. They’ve been hard at work rebuilding the workforce and I think have had a fair amount of success.” Peterson says it would be a shame to reverse the past two years of progress made and he’s “selfishly delighted” to have them there.