Biden wants Vilsack back in charge at USDA 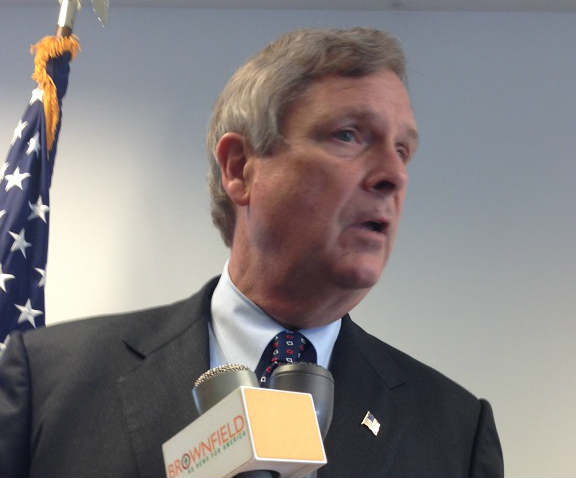 When Joe Biden becomes the President, he reportedly wants Tom Vilsack to return to the USDA.  A Biden transition team member told NPR and other media Biden plans to nominate President Obama’s Ag Secretary for his own administration.

North Dakota Senator Heidi Heitkamp was being considered but drew criticism from progressives and more than 100 groups.  Others in the Democratic party pushed for Representative Marcia Fudge so she could turn the focus of USDA more towards food programs and climate change.

Vilsack is currently the President of the U.S Dairy Export Council, which lobbies on behalf of the dairy industry, and he is already drawing mixed reactions.  The National Black Farmers Association calls Vilsack a big improvement over Secretary Sonny Perdue but they say too little was done during his previous tenure to address a legacy of discrimination against black farmers.  Friends of the Earth issued a statement saying they are deeply disappointed that Biden would select an agribusiness lobbyist with a tarnished record on civil rights, consolidation, and the environment.

The Democratic former Ag Secretary and Iowa Governor has the support of Iowa Republican Senator and Ag Committee Chair Chuck Grassley, who told the Des Moines Register he would speak to support Vilsack before the Agriculture Committee.