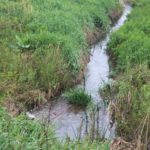 The lawsuit filed by ag groups on the Biden administration’s Waters of the United States rule does not surprise Drake Agricultural Law Center Director Jennie Zwagerman. She tells Brownfield the difference between now and previous litigation is this is a national lawsuit.

“There’s a reason they filed the lawsuit where they did hoping there’s a better likelihood in Texas or the courts to get better reception to their arguements.”

Zwagerman says it could be more difficult for ag groups to get a nationwide stay until the Supreme Court rules in Sackett vs.