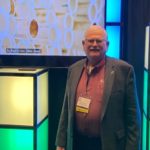 Farm groups in several states are trying to figure out how to address the expansion of solar panels on productive farmland.

“We have people who want to participate in that, there’s a lot of dollars being pushed that way right now. We need to take a position (and) need to work on that, so we wrestle with that one as a group.”

He tells Brownfield Minnesota Corn wants to be very careful to get the solar policy right.