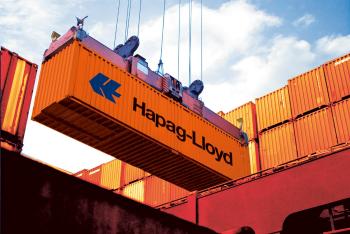 Bob Sinner with the Specialty Soya and Grains Alliance tells Brownfield the recent decision by shipper Hapag-Lloyd will hit producers and exporters of soybeans and specialty grains from the Minneapolis-St. Paul region especially hard.

Sinner tells Brownfield ag products ship at a lower rate and take longer to unload, tying up the container for up to three weeks after delivery.  He says the major container shipper needs to turn around empty containers quicker to meet demand for products going from Asia to North America and Europe. “That’s their big revenue, right? So, they look at this and say, okay, it’s faster for us to ship empties back to Asia than it is to fill them.”

Sinner says Hapag-Lloyd can solve the problem while continuing to serve agricultural product exporters. “Raise the rates. Eliminate the free time overseas. Don’t walk away from the exporters because our customers are the ones that are going to suffer.”

Sinner says this issue is serious enough to warrant Congressional and U.S. regulatory attention but says with the election less than two weeks away, it is not likely to get the attention it needs fast enough.

To put this in perspective, SSGA says data from Panjiva shows Hapag-Lloyd delivered 878 shipments of U.S. soybeans involving more than 17-thousand containers worldwide from last October 22nd through September 25th of this year.